A few days ago Danny challenged the Photoshop geniuses on Twitter to a simple competition – all they had to do was to use their skills to combine two pictures onto a picture of Death In Paradise stuntman Nrinder (wearing one of our cool Bucky T-shirts) and then send their work back to Danny for judging.

The competition was fierce and talented giving Danny a hard time picking the best picture however he finally chose a winner: Garry Vaux of Surrey. Congratulations! For his fantastic efforts Garry has now joined the honoured ranks of being an investor on the Bucky film and has winning picture shown below. 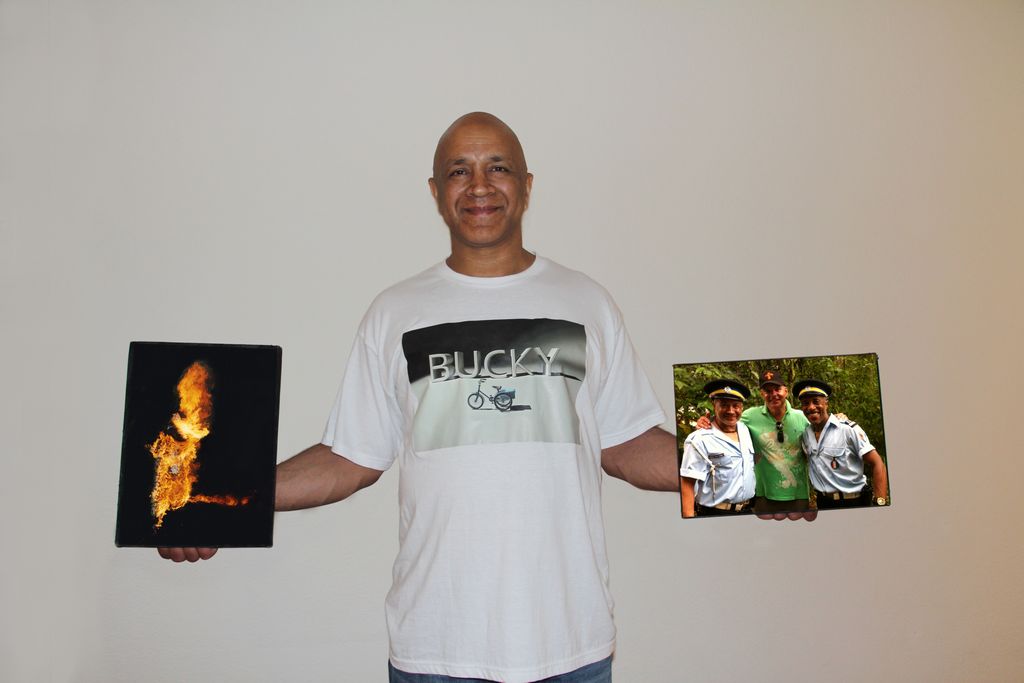